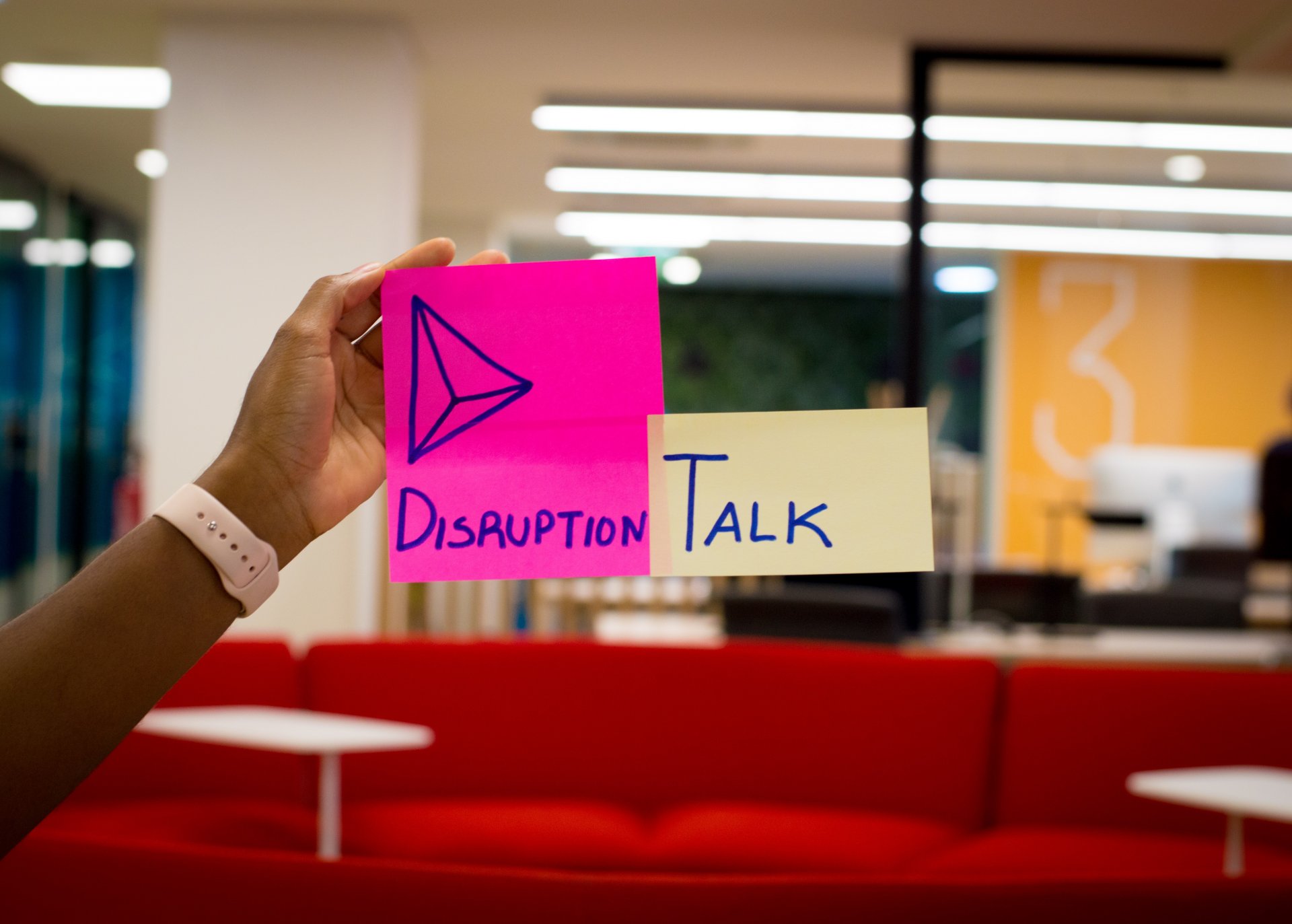 It’s 9PM on a Friday evening. I walk over to the kitchen counter, press a few buttons. A plate of biscuits and a glass of orange juice appear, which I take to the living room. Ten minutes later, my wife comes out of the shower and makes a glass of red wine appear by clicking a different sequence of buttons – using her own profile.
There was a time that we saw this on Star Trek and never imagined it would be real. Now it is.

We really enjoy the machine, that allows us to _print_ our drinks and snacks from tap water and a cartridge with a 150 ingredients. The cartridge lasts a month, and by using it, we no longer have to buy plastic bottles and plastic wrapped snacks. This way we do our share of making the planet plastic free.

DISRUPTION
Of course, the above is not really what happened last Friday. The replicator, as it was called, is still something that only happened exists in Star Trek. Or is it? An American company called Cana is actively working on making a machine like this happen: the molecular beverage printer. They are planning to release a cold drinks version in 2023, and their goal is indeed to reduce the sales of plastic bottles in the US alone by 70%. Less plastic, less logistics, less pressure on the environment is the idea. Disruption of the beverage market, possibly world wide is what Cana has made its goal. The big companies in that market, Coca Cola c.s., are keeping an eye on them, but haven’t yet given real responses to Cana’s proposals for cooperation.

It's an interesting development, and I’m curious to see how this will develop further.

EVOLUTION
At the same time, I’m working on projects in factories that want to (more or less gradually) improvement their effectiveness, efficiency and sustainability. We look at current ways of working, collect data and define stepwise improvements. Part of that is digitalisation, part of it is data science and part of it is good old process improvement.
A lot of small scale manufacturers use spreadsheets and printed worksheets to manage their production. This works fine until they start growing, or want to improve their numbers. That’s where we try to define the steps to take, and help them digitalise their planning and tracking, their material intake and other processes. It’s an evolutionary approach, and it takes quite some time to get to the final goal.

WHAT’S BETTER?
Hearing about companies like Cana, and keeping an eye on the likes of Tesla, Additive Industries and others, makes me wonder if we are doing the right thing. On the one hand, we are keeping existing businesses stay in business by helping them improve their way of working. On the other hand, some of these companies run a high risk of being pushed out of the market by disruptors like Cana.
The evolutionary approach is less risky than the disruptive approach, which gives companies and their employees a sense of security – after all, people don’t like change. Yet, this could be a false sense of security: if we can do 3D printing with plastics and metals, and in the future we can do the same with food – how will that affect small manufacturers that now produce the same items in a more traditional way? They’re market runs the risk of being taken over, and sooner than they may expect.

At the same time, the disruptors take a lot of risk, and may not succeed. Maybe they overestimate their market potential, which leads to their product to fail. Fail completely if the market isn’t there, fail partly if the market reacts slower than their investors were hoping for.
If that happens, they’re gone, and in a lot of cases also their idea. Tesla and Additive Industries made it, so far, and their competitors are following in their footsteps, so they may be the successful disruptors.

WHICH WAY DO WE GO?
It seems wise to consider where to go with Industry 4.0 and Smart Industry solutions: do we take baby steps to stay (or feel) safe, or do we make major leaps and try to disrupt our markets?
Lewis Carol’s Cheshire Cat is often (mis)quoted saying “If you don’t know where you’re going, any road will take you there…”, which is of course not the way we want to approach this.
Disruption is a good thing in its own right: if the Teslas and Additive Industries of this world weren’t there, or software companies like Mendix, I suspect not much would be going on in the world of electrical cars, 3D printing and low code software development. Still, no disruptor has completely wiped out a market in less than a few decades. Despite Amazon, we still have physical bookstores, despite NetFlix we still have TV broadcasts, despite EasyJet we still have expensive luxury airlines and so on.
However, it does make sense to keep an eye on them, and make our steps not too small. Digitalisation is key: Cana, Tesla and others are proud of being (almost) fully digital. Software is a major part of their product and updating (software inside) a product instead of replacing it is very powerful. That applies also to digitalised production lines in factories. Keeping up with disruptors may be easier when digitalised, so I consider it good practise to advise our customers to digitalise fast, instead of spreading it out over a period of a few years. It may not help them survive for eternity. At the same time, it will allow them to at least keep up with the future for a while and maybe create their own disruption. Maybe not on world scale, but small manufacturers often operate locally, or in a niche market and don’t need to disrupt the whole world.

Previously published in Bits & Chips, May 2022