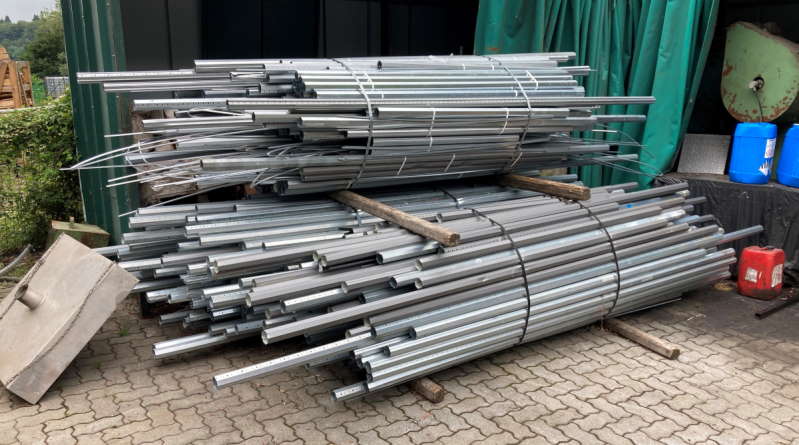 Angelo Hulshout has the ambition to bring the benefits of production agility to the market and set up a new business around that. An important first step to sway potential customers is triggering their inner dashboard and getting them to rethink their way of working.

We were walking through the yard behind the factory when my eye fell on a container. Or actually, on a pile of scrap metal that was in and around it. “What is that?” I asked. “Oh,” said my companion, foreman at the factory, “that’s the scrap of the past week, caused by mistakes in setting up our machines.” I looked at the pile, estimating that it totaled about 1,000 kg of scrapped steel and brass. What a waste, certainly in a time where metal prices are up by 50 to 100 percent compared to a year ago.

We talked a bit more, about setting up machines, and how that works. Step by step, we got to the point where the foreman started seeing that small changes in the factory process could already avoid at least half of the material waste we saw here. The idea of a simple control loop – feedback on one’s actions – does a lot. It’s not impossible to verify if bending wheels, drills or cutters are properly aligned without wasting up to five products in a single production run.

Just brainstorming we came up with simple solutions – some of which were based on the introduction of new technology like sensors, but some also as simple as using a wax crayon and a piece of paper instead of a drill to verify the drilling positions on the product. Stick a piece of paper to a sheet of metal. Run it under the drill, but set the depth of drilling to 0.5 mm and put a wax crayon in the place of the drill bit. Then compare the paper to the drilling pattern in the product specification – and you can adjust the setup without wasting material.

Close the loop
That last example isn’t very high tech, not high tech at all by modern western standards. However, the solution presented is an important one. First of all, because it’s one of the simplest, if not the simplest solution to a problem. It’s not ideal in a factory setup, and somewhat laborious and error prone, but it works and it prevents waste.

Second, it’s a solution that a factory worker understands, and doesn’t see as threatening for his job – nor as a means to control him. This is important for us because we work with small factories where the level of automation is very low. A lot of work is done by hand.

Third, and most important, it’s smart. It solves the problem of closing the control loop in a very effective manner. Effective in two ways: it reduces waste and triggers what I call the “inner dashboard.”

While talking to factory workers, managers and company owners the past year, we usually discussed production processes, machines, sensors, data analysis and other rather technical items. However, often the simple examples of waste production, inefficiency or energy abuse turned out to really make people think and talk. Pointing out a pile of waste they take for granted or a similar pile of work-in-progress in front of a machine caused by a local optimization in another machine is what gets them going, contemplating their way of working, their processes, their factory setup.

When that happens, you can almost see the numbers appear in their eyes as they realize dependencies, the effects of the choices they make and the habits they’ve been taking for granted. It’s as if their inner dashboard suddenly gets activated.

Open the door
We as technology integrators can then offer them peace of mind. By externalizing their inner dashboard, we can help them get a better insight into what they’re doing. That’s the point where our customers, the people working in the factories we’re modernizing, start defining what it is they want from us. They start telling us what we should measure and which correlations might be interesting. That’s where we start defining which sensors are needed, where to place them and what data to gather.

Bringing this together in a dashboard allows these people to see on a screen what they saw growing in their heads, discuss it and reason about it. It helps them close the control loop, and opens up the door to the next step: getting more data from the shop floor and discover the less obvious possibilities for improvement. By allowing them to go through this process, automation and smart industry become a tool instead of a threat to them.

Tapping into the inner dashboard of the people involved is crucial to the success of any smart industry solution. It’s all too easy for us in the technology solution domain to indulge in our smart solutions. We have to make them owner of the solution, externalizing their inner dashboard.